The Chicago White Sox has a rich uniform history. Everything from the classic pinstripes, vest, numbers on the pants, powdered blue uniforms, red pinstripes, and shorts. The White Soxs current rotation of uniforms includes their classic home pinstripes, alternate black uniforms, a gray road jersey, and 83 Sunday throwbacks. The White Sox announced Friday morning that they are adding another uniform to the collection.

Nike allowed all MLB teams to design a city connect jersey. Historically the White Sox logo has always been associated with pop culture. Countless rappers from across the United States have sported White Sox gear. Kevin Durant even did a press conference with a White Sox cap on despite having no connection with the city. The White Sox came up with a jersey that perfectly captures the Southside culture and the teams swagger.

Here is what the White Sox had to say about their new look:

The White Sox brand aligned perfectly with their side of towns attitude. The look not only resonated Southside but permeated through hip hop and youth culture. It was a true game-changer. But now its time for the remix. Time to rep this city. The Chi. The Southside.

Designed with the resilience and hardworking nature of Chicagos Southside community in mind, this collection celebrates the bond between the White Sox and the Windy City. The White Sox City Connect Collection is the third of seven to be released this year, with additional MLB teams set to receive their own collections in future seasons.

From Nike apparel shirts, and jerseys, to the must-have New Era cap, every piece is unique and focused on Southsides grit. Featuring a neutral color palette of black, dark grey and white, its a new and relatable take on White Sox gear. The Nike jerseys feature a black pattern with a texture that symbolizes the resilience of Chicagos people. On the jerseys chest in a gothic-like scripted logo states Southside, paying tribute to the style that derived from hip-hop and youth culture.

Theyve hit the field and are now ready to add to your personal collection! The MLB White Sox City Connect Collection can be found on Lids.com and at these locations:

The Chicago White Sox All

It is unfortunate because this is the first time in a while where the White Sox are sending more than one legit All-Stars to the game. It isnt like they are sending someone like Avisail Garcia because he is the only player on the team that is near a .300 batting average. There should be five or six guys playing in this game and they are going to look horrible.

The American League teams are going to wear navy blue jerseys and the National League has white. Each player, American or National, will have his teams abbreviation in the top right of the jersey with the logo in white over the middle letter. The logo makes the abbreviation hard to read for a lot of teams. It is one of those things that makes you wonder how it passed through multiple people to become the official jersey.

For the most part, Nike has done a good job with their baseball stuff but these jerseys are a major miss. When the players take the field in them, they might look a little cleaner but as of right now, they are hard to defend. The hats have a star in Colorado Rockies purple with the White Sox logo in red over it. Those, on the other hand, are pretty cool.

Not even a little cool

It isnt great for the MLB that fans dont love these but everyone is still going to watch the game anyway. That might be especially true for White Sox fans who should have, as mentioned before, some exciting players there representing them. 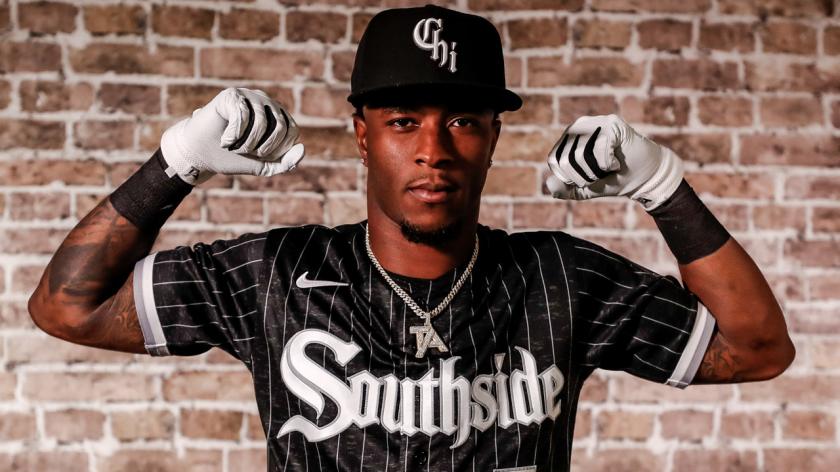 The Chicago White Sox have a surprisingly colorful logo and uniform history, as the team spent most of its existence in the 20th century hopping around from identity to identity without a real consistent look to stay with for a very long time. That changed in 1990, when the White Sox rebranded and went with an identity that theyve stuck with for more than thirty seasons now. The simple black-and-white look with the classic interlocking Sox logo struck a chord not just with baseball fans and uniform enthusiasts but on a deeper cultural level as well. The black-and-white design became truly synonymous with Chicagos South Side and its staying power is testament to that.

Knowing that the color scheme and general design aesthetic is already an iconic enough base, its not a particularly big shock to see that Nikes City Connect design for the White Sox has used the black-and-white color scheme as a foundation for what they wanted to do with this new special alternate uniform. However, the City Connect uniforms have already established a reputation for pushing the limits of conventional wisdom when it comes to MLB uniform design and weve got plenty of examples on display with this particular uniform.

Nike released its New City connect series jerseys on Saturday, May 28. Heres where you can buy the White Sox Chicago Southside jerseys.

Major League Baseball and Nike announced their partnership for creating on-field uniforms back in 2020. As a result of this partnership, the sportswear company has come out with a new connect series for baseball players and fans.

The new apparel line is named City Connect because it strives to honour the history behind these clubs, their fans, and the city they represent along with their culture.

While Nike has created a series of MLB apparels, the one they have made for Chicago White Sox has caught many eyeballs.

Find out how much do the New White Sox Jerseys cost and where to buy them!

You knew the White Sox were gonna bring the for their Nike City Connect jerseys, and they did not disappoint.

Fans must note that they can either choose to buy an authentic jersey from Nikes MLB city connect series or a replica. The price of authentic jerseys is way higher than the replicas available.

And within a few hours, the shelves had been cleared out.

The team informed that the player jerseys featuring the special design, which pays tribute to the South Side and the legacy of the White Sox logo, sold out in three hours. Tim Anderson ones sold out in two hours.

What did Anderson think of the threads?

“We wanted to do something cool and kind of be authentic. I think this is more authentic as it gets, having ‘Southside’ on the front,” he said Friday. “Its relatable. Just using that term definitely makes it a lot more realistic to people who actually grew up on the South Side and have been Sox fans their whole life.

“Its not doing too much, just doing exactly whats right. I think these uniforms definitely describe the city, and it dont get any more authentic and real and relatable as that.”

The White Sox will wear the uniforms on the field against the Detroit Tigers on June 5.

The next installment of Nike’s “City Connect” jerseys are here. On Friday, the Chicago White Sox released the first official images of their “City Connect” threads. The team unveiled the set of photos on Twitter, along with the caption, “Fresh threads.”

The team also released a video for the release, and added, “The black & white is iconic a game changer. But now, it’s time for the remix.”

Fans will be able to see jerseys in action on June 5, when the team wears them for a home game against the Detroit Tigers.

“The White Sox’ identity black and white, gothic script and pinstripes is so strong that it has resonated beyond the game of baseball. Their uniforms speak to the strength and hardworking nature of the Southside of Chicago without saying a word. We wanted to harness the Southside’s personality for the Nike MLB City Connect Series and introduce its attitude to newer, younger fans” 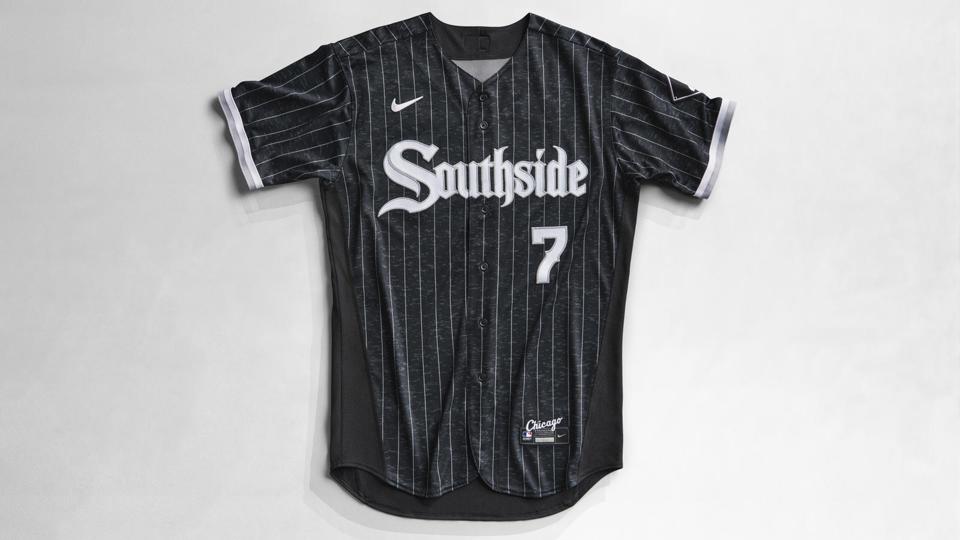 You May Like: What Are The Dates For The Taste Of Chicago 2021

The University Of Chicago Political Science

The University Of Chicago Political Science