The Great Migration: The First Wave

American Barbecue is a happy marriage of the smoked meat traditions brought to the new world by European explorers, the primitive cooking techniques of the Native Americans, and the discovery of tomatoes and hot peppers in Central and South America. It evolved under the watchful eyes of African American slaves and cooks, who took tough cuts of meat and found a way to coax them to yield delicacies.

Jean Baptiste Point DuSable is believed to have been the first settler of European descent when he opened a trading post on the south bank of the Chicago River near where it met Lake Michigan. He was black, probably French Canadian, and married a Potawatomi woman. Grilling, roasting, and rotisserie is an integral part of both cultures.

With the Underground Railroad prior to the Civil War, African Americans brought their cooking culture and settled in with the North what eventually became soul food.

After the Civil War there was a steady trickle of migration to northern cities in pursuit of jobs. It culminated in a wave called The Great Migration from 1910 to 1930 as an estimated two million blacks, many farm hands, tenant farmers, and sharecroppers from the Mississippi Delta, moved north to find work.

The Great Depression which started in 1929 killed many of their jobs, and almost half the black community was unemployed. Migration from the South slowed.

There were not many barbecue restaurants in Chicago that I could find until after WWII.

Bbq Heaven: Colemans Is Back

I remember the first time I ever tasted Colemans Barbeque. It was 1979 and I was visiting my boyfriends house when his niece brought an order to the house. I sampled it and all I wanted to know was where she had gotten it. She told me Colemans on Cicero Avenue. I was living on the North Side at the time and neither my boyfriend nor I had a car.

Later that year I purchased a car and whenever I came to the West Side, I would stop and get an order. Ten years later I moved to the West Side and knowing that Colemans was just a couple of miles away was special. Going there and indulging in an order of rib tips was something I did every couple of weeks.

What I enjoy most is the unique flavor of their chicken wings. I dont know what they do, but no one has ever been able to imitate it. Another favorite thing I indulged in was purchasing a gallon of their barbecue sauce. Growing up, my children would make their own French fries and then slather the sauce on top.

Colemans on Cicero was never a fancy place. Even when they had a fire and the store was rebuilt, it still looked the same as before. The store on North Cicero Avenue was never fancy, but who cared when the ribs were finger-licking good and the chicken wings were da bomb.

I am a Colemans fan and everyone else was pretending to offer barbeque.

I drove to Colemans and the smell and smoke was the first lure. Once inside, I felt like I had been transported back to the original location on Cicero Avenue.

There Are Five Distinct Styles

1) Delta style. A dozen or so pitmasters, mostly South Side African Americans, still cook in aquarium pits over wood. Ribs, rib tips, hot links, pulled pork, and chicken are their signature dishes, often served on top of slices of white bread, smushed into a cardboard boat, doused with a sweet-tart tomato-based sauce, and topped with fries. Many sell carryout only, pretty much like their antecedents did back home under the big shade tree in the Mississippi Delta. Among the remaining Delta-stylejoints are Lems, founded in 1954, and Leons, founded in 1940. My favorite is Honey 1 BBQ, opened in 2003.

2) Boilbecue. Boilbecue is based on the Eastern European tradition of boiling ribs, then drwoning them in sweet sauce and perhaps grilling or broiling them to caramelize the sauce. Boilbecue can be found in scores of restaurants and carryouts around town. Although the boiling makes the meat very tender, alas, much of the meats flavor comes out in the water. 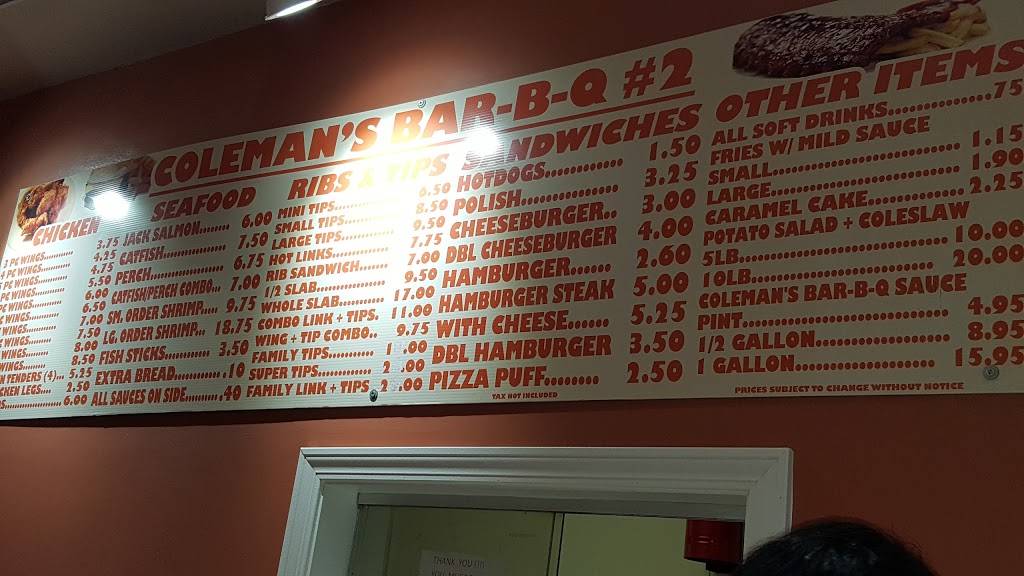 Eastern European immigrants flocked to the city after the Great Chicago Fire burned the heart of the city to the ground on October 8 and 9, 1871. They brought with them their culinary traditions, including a love of sausages and smoked meats.

While many worked in the construction trades, and others in the stockyards, others opened butcher shops. Their enclaves often butted up against the African American neighborhoods. No doubt they tasted Southern barbecue and sweet barbecue sauce and they loved it. African Americans cooked their meats low and slow with smoke. But in Poland, Czechoslovakia, and other Eastern European countries, ribs were often simmered in a pot for hours with cabbage, potatoes, onions, and caraway seeds making a hearty rich stew that was served in a bowl. So when they opened their Chicago restaurants, they boiled their ribs as they did back home, making them so soft and tender they fell off the bone. They then drenched them in sweet ketchup based sauce, saving hours and dollars. Alas, much of the meats flavor went down the drain when they discarded the water.

To this day, boiled fall off the bone ribs drowning in sweet sauce is the popular standard for much of the population, but for many, that is changing.

WWII, which the US entered after Pearl Harbor was attacked on December 7, 1941, created millions of jobs building everything from tanks to munitions and uniforms. Chicago was a major aircraft and war goods manufacturing center. Between 1940 and 1960, there was a Second Great Migration with Chicagos black population grew from 278,000 to 813,000 and the Southside became known as the Capital of Negro America.

A Chronology Of Important Dates In Chicago Barbecue History

Here is A Barbecue History of Chicago by James Beard Award Winner Michael Gebert featuring an interview with Meathead, among others. Geberts Sky Full of Bacon is a wonderful, rich, repository of polished professional video storytelling centered on food.

1865. In 1865, immediately after the Civil War, the Union Stockyards became a central distribution point for shipping live animals. In 1880 Gustavus Swift introduced a new rail car design that was cooled by ice. Chicago became the central final feedlot, slaughterhouse, butchery, and meat packer for the nation, processing more meat than any city in the world, peaking in the 1920s.

Slowly the meat industry decentralized, with Kansas City and others competing with Chicago, and business on the Southside declined. The Yards closed at midnight on Friday, July 30, 1971 and were eventually demolished. The Union Stock Yard Gate remains and was designated a National Historic Landmark in 1981.

1930. Russells, owned by white people in Elmwood Park since 1930, is still going strong.

1932.Twin Anchors Restaurant & Tavern on the Northside was a speakeasy during Prohibition, and a favorite of Sinatra when he was in town. They dry roast, smokeless. Also still going strong.

1948.Calumet Fisheries has been making amazing smoked fish at this same location, and it is strictly take out. Watch this video from local restaurant review show, Check Please, on PBS.

Sometimes its good, sometimes its not. My last visit was on a bad day, my rib tips were mostly grizzle and not much meat, the fries at the bottom were full of grease which is to be expected. The hotlinks were good . I also got an order of wings that were well seasoned but very tiny. The customer service was what it always is which is just ok.

The capital of the Midwest is no Porky Come Lately. It has a long history that puts it among the upper echelon of cue capitals. Jim Shahin, the author of numerous barbecue articles in The Washington Posthas writtenSmoked meat aficionados generally acknowledge four barbecue capitals: Memphis, Kansas City, Texas, and North Carolina. Chicago is, at best, what you might call the fifth Beatle. Which is to say, a player that no one remembers.