The location of this venue is impressive: in Chicagos West Loop, one block from Greektown.

Old St. Patrick’s Church, also known as St. Patrick’s Roman Catholic Church and commonly known as Old St. Pat’s, is a Roman Catholicparish in Chicago, Illinois. Located at 700 West Adams Street, it has been described as the “cornerstone of Irish culture” in Chicago. The main church building is one of a handful of structures remaining in the city that predate the 1871 Great Chicago Fire, and is the city’s oldest standing church building.

CHICAGO, June 28, 2021 The USA Midwest Province of the Society of Jesusthe Jesuitsare pleased to share the news that Fr. Patrick E. McGrath, SJ, president of Loyola Academy in Wilmette, Illinois, has been appointed pastor of Old St. Patricks Church in Chicago. The appointment by Cardinal Blase J. Cupich, made public on June 25, 2021, will take effect in July 2022.

After consultation and prayer, I have decided to appoint Fr. Patrick McGrath, SJ, as the new pastor of Old St. Patricks Church, said Cardinal Cupich. I very much appreciate the generosity of the Jesuits for providing this excellent priest. He has distinguished himself as a leader who is strong, loving, and wise.

The Old St. Patricks community has been one of the greatest blessings of my life. said Fr. McGrath. I was ordained at St. Pats back in 2006, served my diaconate here and have been a presider for 15 years. Throughout the years, I would never have imagined serving as pastor one day, but when the cardinal raised the possibility, I consulted with my Jesuit provincial and prayed with the question. I am humbled to accept the appointment. Although this is an appointment of a Jesuit priest as pastor of Old St. Patricks, the church itself is not being entrusted to the Society and will remain a diocesan parish. 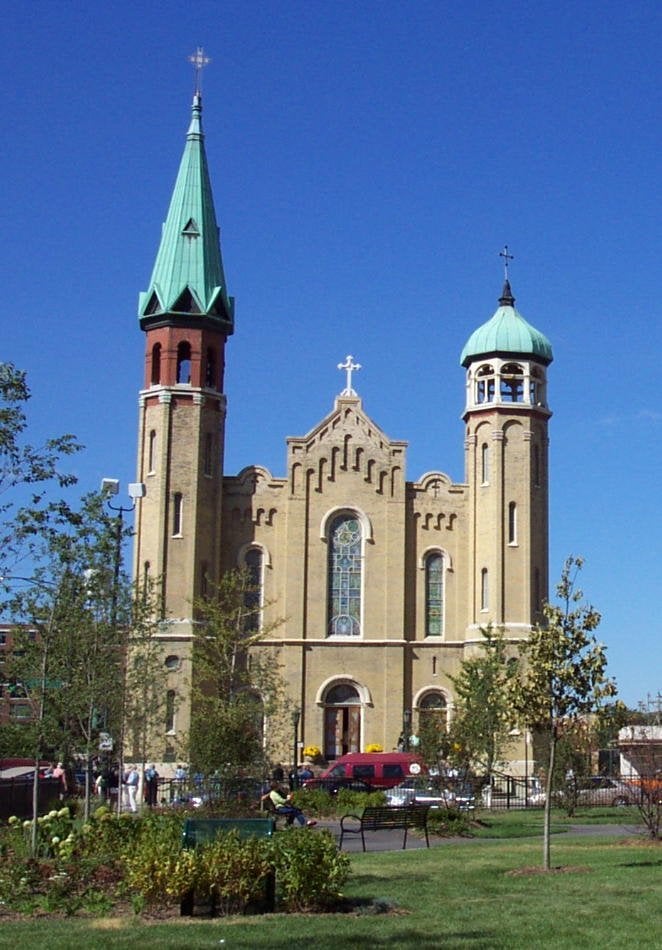 The Rev. Thomas Hurley stepped down as pastor in March to focus on his health.

The appointment will be effective when McGraths term as president of Loyola Academy in Wilmette ends in July 2022. The Rev. Ken Simpson has been serving as administrator of the parish and will continue to do so until McGraths appointment officially begins.

Cupich said McGrath has distinguished himself as a leader who is strong, loving and wise.

Throughout the years, I would never have imagined serving as pastor one day, but when the cardinal raised the possibility, I consulted with my Jesuit provincial and prayed with the question. I am humbled to accept the appointment, McGrath said.

Old St. Pats has a membership of over 3,000 households and was founded in 1846 as the first English- speaking parish in the city, according to the statement.

Mike Leonard tells the inside story of how the west Loops St. Patricks Roman Catholic Church, known to residents as Old St. Pat’s, transformed itself from an empty church in a declining neighborhood into a Chicago hub of worship, culture, social life, education, and service — revitalizing a then-struggling West Loop.

Mike Leonard tells the inside story of how the west Loops St. Patricks Roman Catholic Church, known to residents as Old St. Pat’s, transformed itself from an empty church in a declining neighborhood into a Chicago hub of worship, culture, social life, education, and service — revitalizing a then-struggling West Loop.